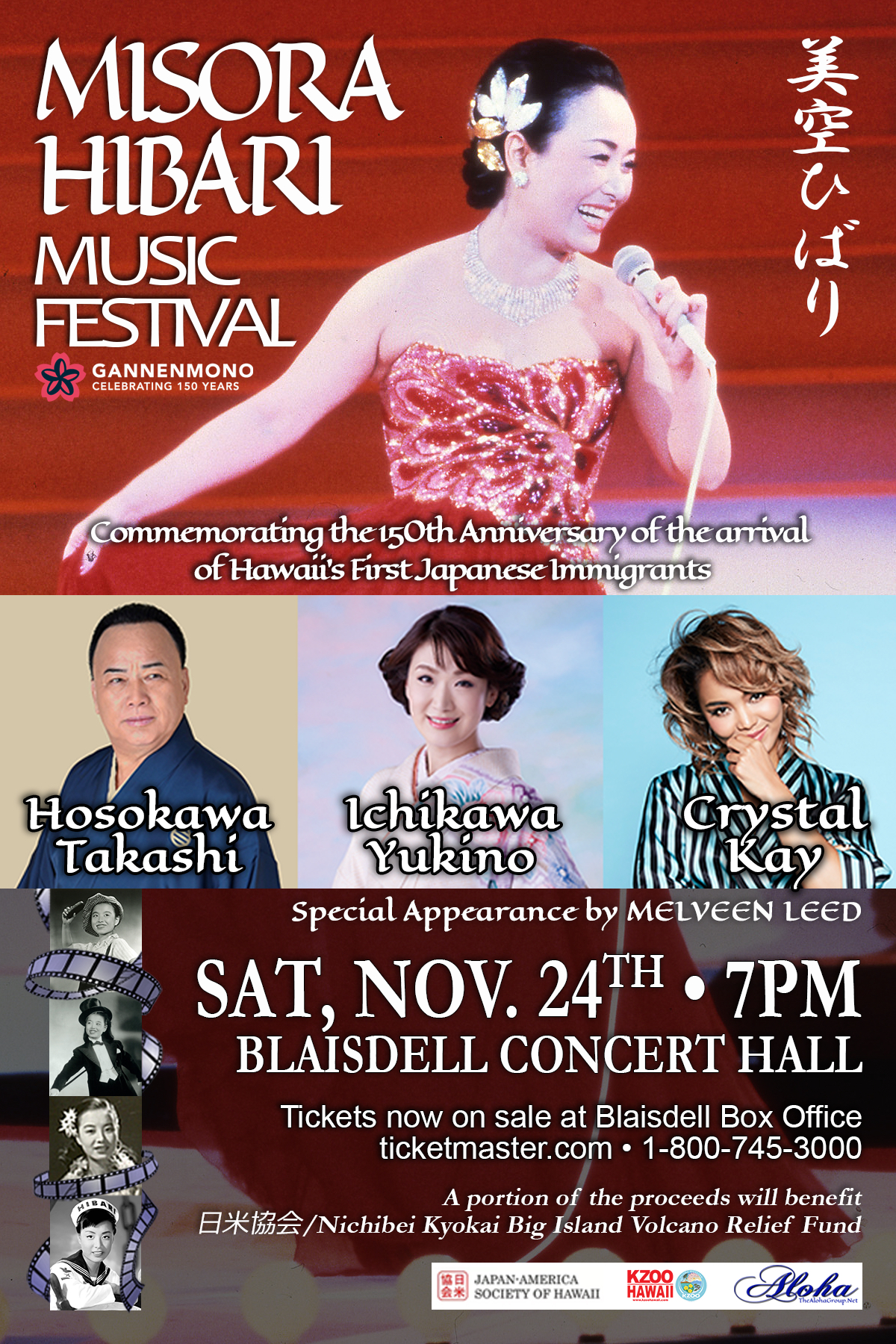 Honolulu, HI – Hibari Production Co. of Japan and the Japan-America Society of Hawaii will proudly present an evening of music and film celebrating famed Japanese singer and actress Misora Hibari (美空ひばり) at Blaisdell Concert Hall on Saturday, November 24 at 7:00pm. This landmark festival, which coincides with this year’s celebration of Gannenmono, features famed Japanese singers Hosokawa Takashi, Ichikawa Yukino and Crystal Kay live on stage.
Hawaii’s own Melveen Leed will make a special appearance to sing one of Hibari’s most popular songs, which Melveen has recently recorded for an upcoming CD.

Misora Hibari was a singer, actress and cultural icon in her native Japan. During her 44-year career, Hibari appeared in over 160 films and recorded 1,200 songs; she has sold more than 80 million records to date. Her career is likened to that of Judy Garland: both were talented actresses and revered singers who lost their lives too soon.

Hibari’s popularity extended beyond the Pacific Ocean to touch many fans in Hawaii. She and her family fell in love with Hawaii during her first visit at the age of twelve for a post-war musical tour. The islands became a favored vacation spot until Hibari’s untimely death in 1989, aged 52, from pneumonia.

In 1997, a national poll conducted by NHK (Nippon Hōsō Kyōkai) Televsion, resulted in over ten million respondents naming Hibari’s final song, “Kawa no Nagare no Yō ni (川の流れのように)”, the greatest Japanese song of all time. Numerous renditions of the song include a lovely Spanish/Italian version by The Three Tenors.

Hibari continues to inspire actresses and singers to this day. She is remembered annually on television and radio, and her musical legacy has become part of Japan’s cultural identity. Her 2012 and 2017 Tokyo Dome memorial concerts featured over 50 famous Japanese artists such as Itsuki Hiroshi, Kiyoshi Hikawa, Ken Hirai, Exile and AKB48.

Reserved tickets, priced from $45 to $75, go on sale on this Friday, September 14th at Blaisdell Box Office, ticketmaster.com, and by phone at 1-800-745-3000. A limited number of VIP tickets are available that include a light refreshment meet & greet with the singers and commemorative gift.

A special film-only presentation will be held on Monday, November 26 at 6:00pm at Hilo Palace Theater, with a ticket price of $15.00 general admission. Details on where to purchase tickets will be announced shortly.

A portion of the proceeds from this event will benefit Japan-America Society of Hawaii’s Big Island Volcano Relief Fund.

Regular ticket prices are $45, $55, $65, $75. A nominal service fee is added to each ticket depending on the location of purchase.

A limited number of VIP tickets will help raise funds for the Japan-America Society of Hawaii’s Big Island Volcano Relief Fund. The price of $200 per ticket includes up-front seats, a backstage mixer with the singers, light pupu and refreshments, and a commemorative gift. 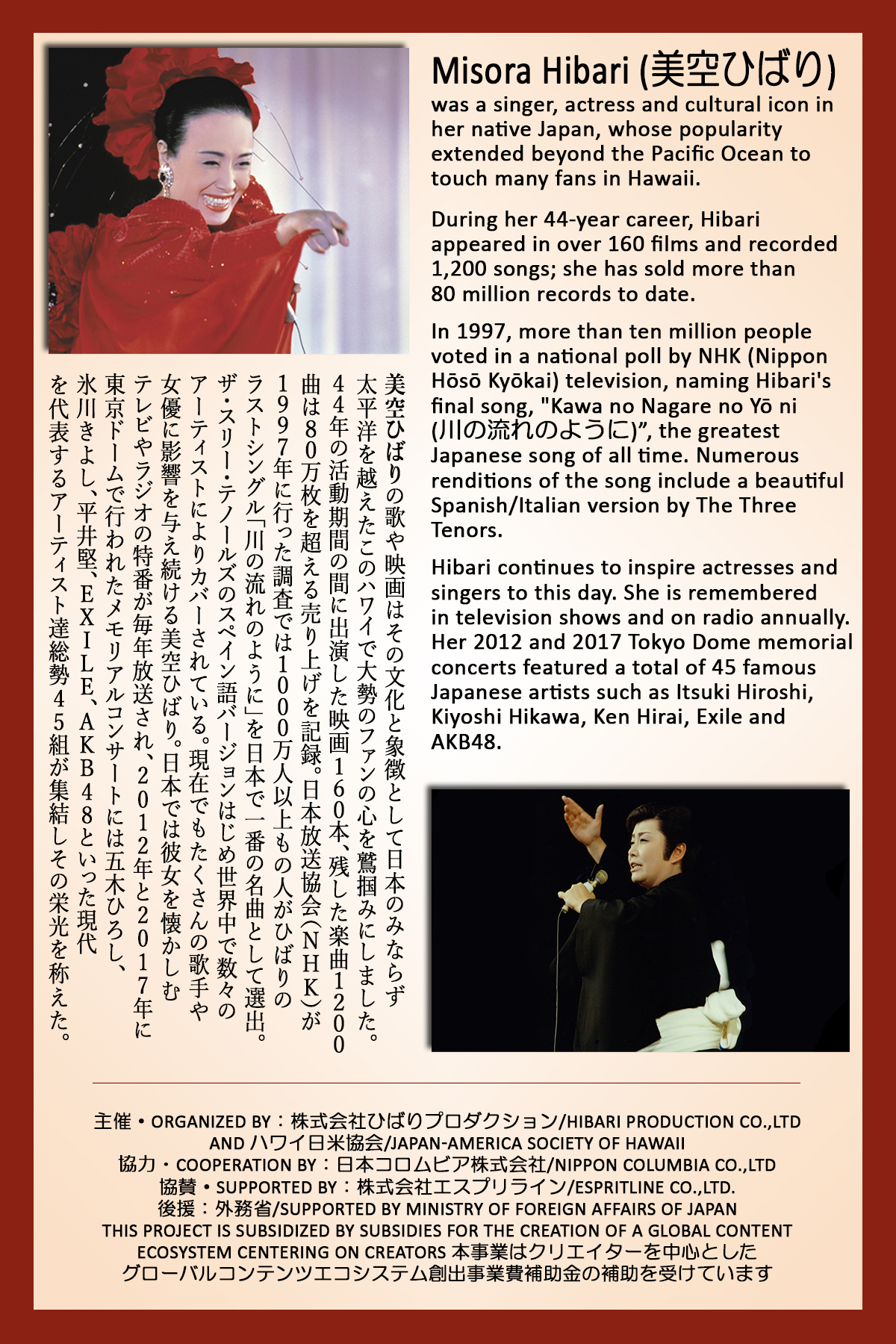 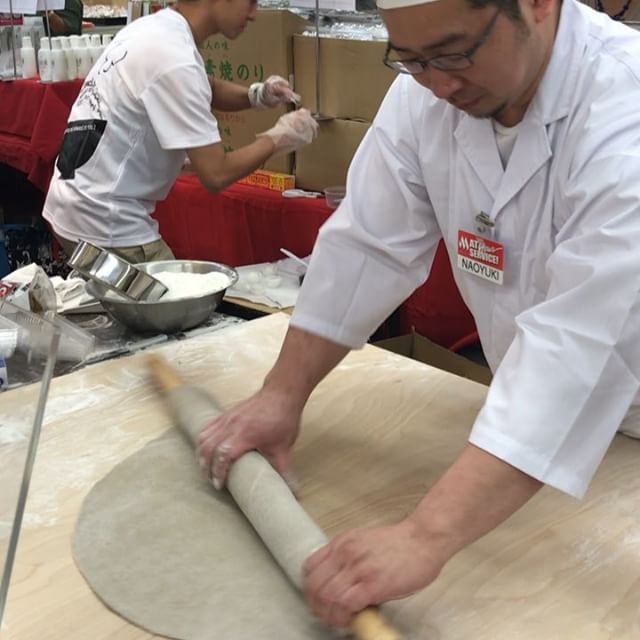 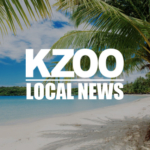 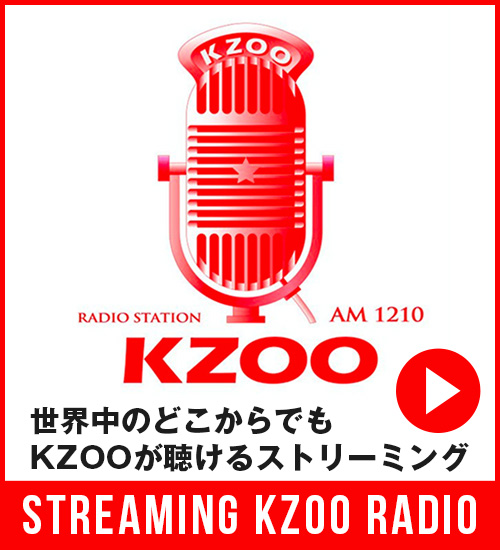 Cause of overnight brush fire in Maili u ...